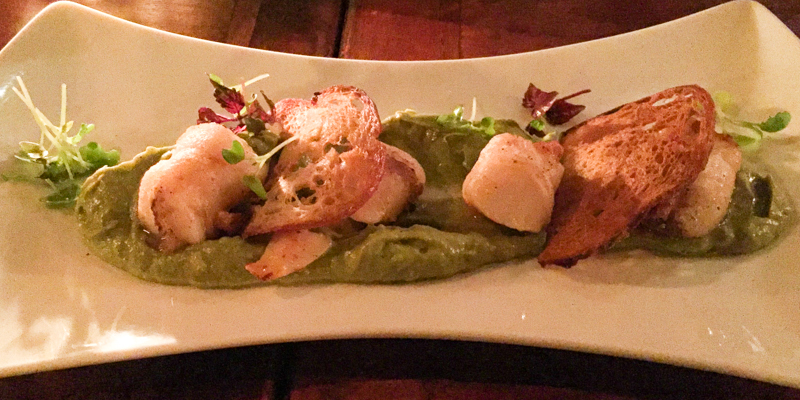 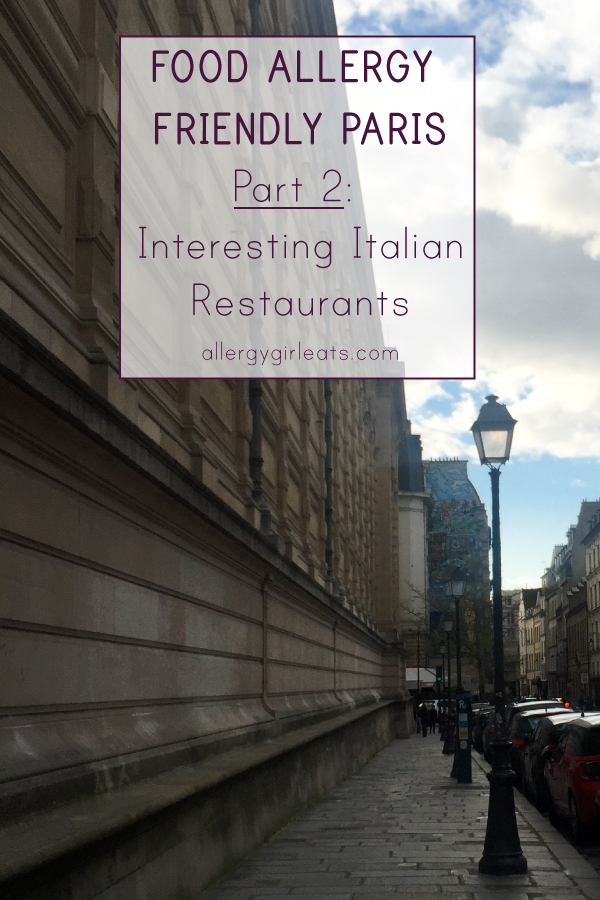 Here is part two about my experiences with allergy friendly restaurants in Paris. Leaving the fancy French food behind now it’s all about Italian!

Italian food is the easiest and safest option when you have a sunflower oil, peanut, tree nut, and sesame allergy. Most of the time they cook with olive oil and nuts are only in a few dishes, if any. Italian dessert, however, is generally a no go. When asked where do you want to go out to eat, 99% of the time it’s Italian. I always feel bad dragging my family and friends from Italian restaurant after Italian restaurant, but sometimes they can be surprising, which was the case for us in Paris.

We went to two Italian places, one we had been to before and another one my mom (food detective extraordinaire) found on thefork.com. Italian food in Paris! Let l’avventura begin! 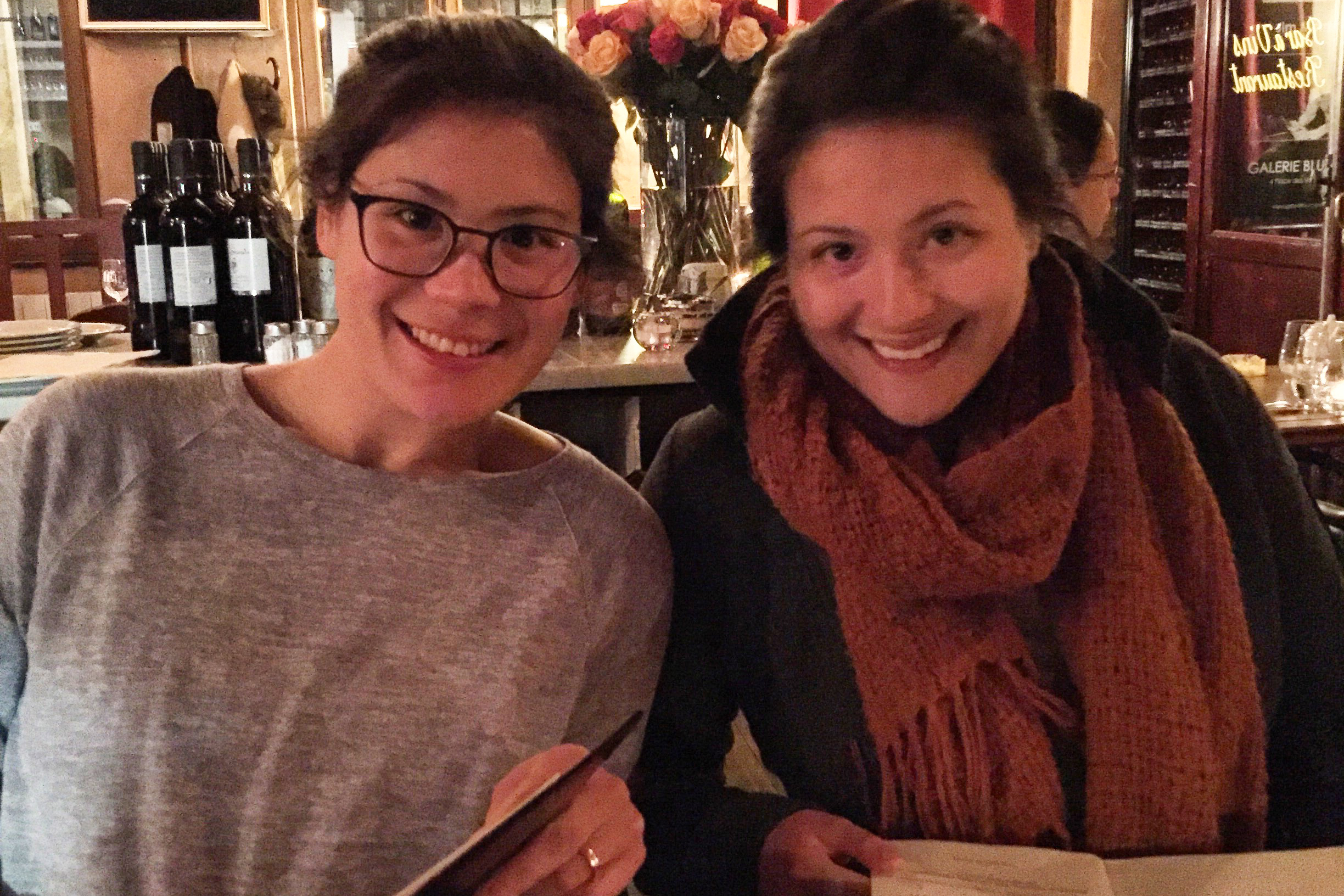 L’Enoteca was one of the first restaurants I went to in Paris back in 2007 when I was a vegetarian. It is also the setting for one of the legendary Kwong Hing stories; we think it’s hilarious even to this day. It goes like this, I was a vegetarian and ordered veggie soup thinking this was a safe choice and vegetarian, naturally. When the soup came, it looked like there was some meat-like substance floating in it. I asked the waiter if there was meat in the soup. His answer was priceless: “It’s vegetable soup with a little pork for flavour”. It’s vegetarian with just a little pork for flavour you know! Oh man, we thought that was hilarious because he insisted it was vegetarian. Not funny if it is an allergen, but it worked out in the end. And “just a little pork for flavour!” is now a family saying when there is an alien ingredient in something (like an allergen).

That story may not be too comforting when it comes to their ability in disclosing all ingredients, but they are great with food allergies. The food is a refined Italian that seems to be heavily influenced by the beauty of French food, especially in presentation. Below is a picture of the scallops and pea mousse my mom had. I had fish but was too hungry to snap a pic. 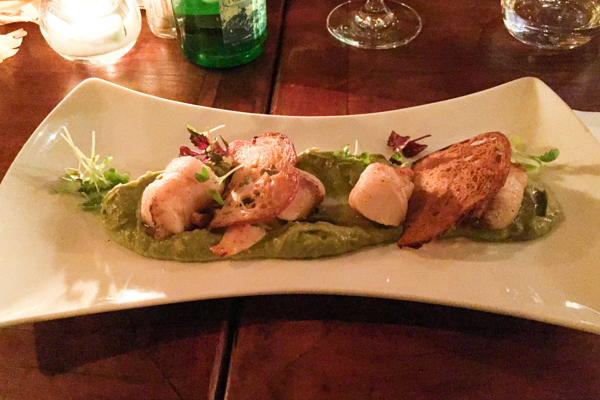 The food was luscious and gets a 4/5; the service was good gets a 5/5, not “pork for flavour” this time!

Salento is so cute and tasty! At the time we went it was ranked on TripAdvisor #190 of 13,289 Restaurants in Paris beating all of the other places we went to by at least 250 spots. And for three people and a bottle of Prosecco, the bill was under 100 euros! We booked on thefork.com and got 30% off the entire bill. That was a nice surprise ?

The food was delightful, and the waiter was super sweet. It’s a tiny place and seats about 28 people with only one waiter. It looks pretty mediocre from the outside. However, the food is far from it. I would recommend this place out of all the restaurants we tried because it was the most fun I had.

The food was inventive in some aspects and traditional in others and gets a 4.5/5; the service was thorough and cautious and gets a 5/5 because the waiter triple checked everything.

A quick wrap up

Fine dining is a blast, but sometimes it can be a bit intimidating with all the waiters and protocol. I believe good food doesn’t always need glitz and glam. And sometimes the best thing you can do in Paris is grab a baguette, some butter, a bottle of wine, and plop yourself along the Seine for a view you can’t find anywhere else!