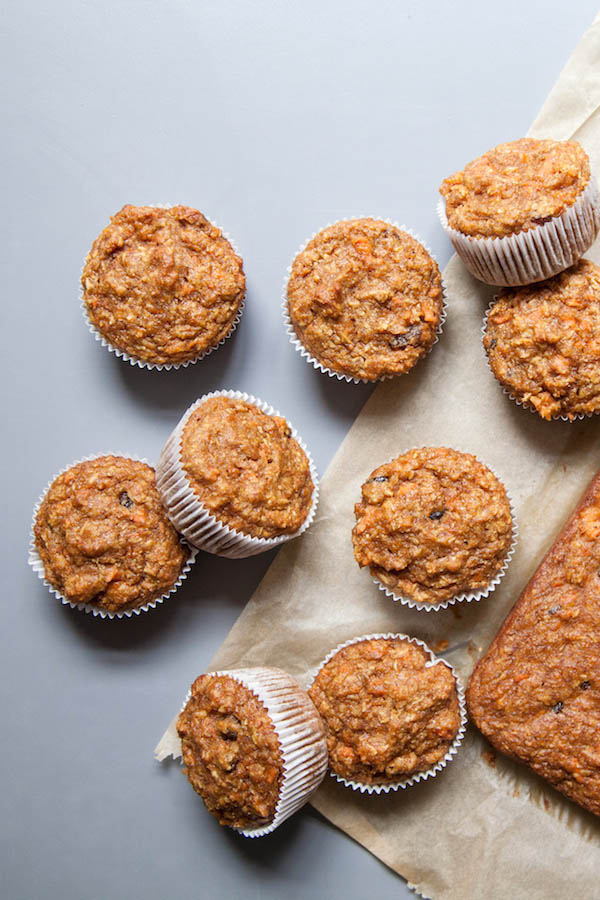 September is like a seasonal limbo here in Berlin. One day it’s fresh and perfect for comfy socks and a big sweater. The next day it’s sweltering and back to wearing as little clothes as possible. The same goes for cooking. One day you buy lots of ingredients for soup then it’s 30°C the next day and soup no longer sounds like the last thing you want to eat. There is, however, one thing that can bring happiness to this jumble of when-will-fall-finally-arrive emotion, and that is Carrot Cake!

Half of me sees nut-free carrot cake as a summer treat, probably because one of my summer jobs in college was baking carrot cakes for a golf club. The other half feels carrot cake is a fall delicacy; blame cinnamon for that. So what better time to make a carrot cake than in between the two seasons! 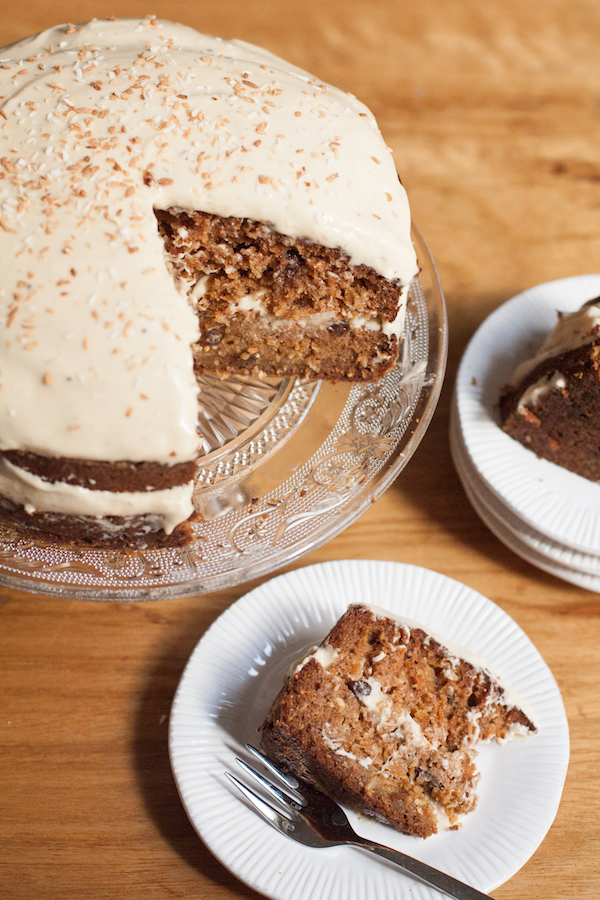 This recipe is based on Mother Berta’s carrot cake. I used it back when I baked for the golfers, and it was a hit! Mother Berta’s cake is moist, dense, and has the perfect amount of carrot flavour. The only thing is, I find it too sweet.

A sweet cake plus cream cheese frosting is like a sugary punch to the face. It became my mission to unsweeten this cake so it can be enjoyed without the sugar coma. It was actually pretty easy to mellow down the sweetness in the cake, all you have to do is to swap out the crushed pineapple (an allergen for me) for unsweetened apple sauce. Next, make it 100% whole wheat flour to create a richer earthy feel to the cake.

These small changes give the cake a richer and well I guess fall-ier feel! 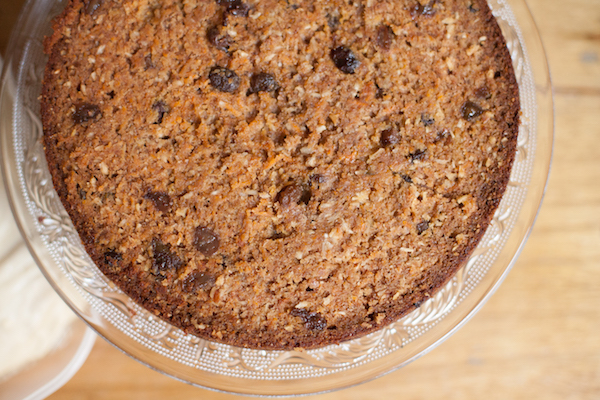 P.S. You can use this batter to make adorable cupcake sized carrot cakes!

Nut free carrot cake is made using apple sauce for a dense and moist cake! Served with cream cheese frosting it’s perfect for coffee or dessert.