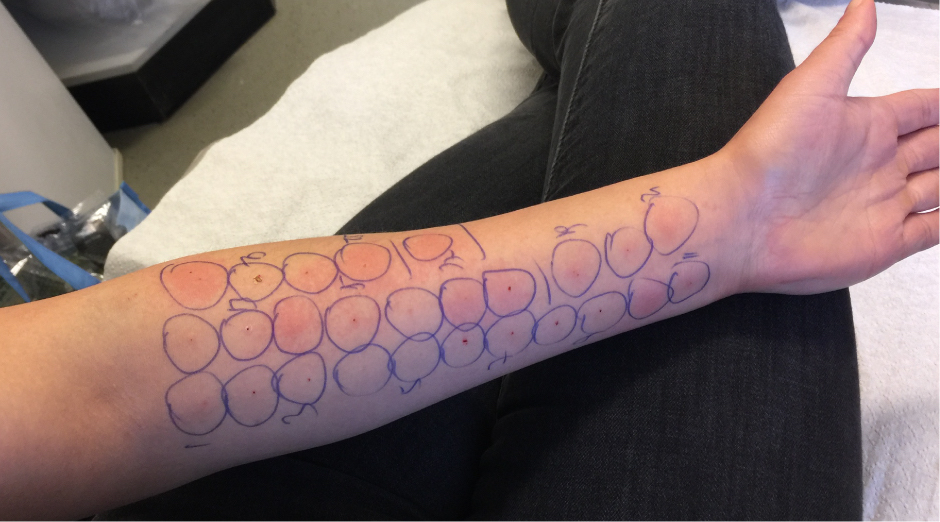 How to Navigate Meeting New People with Food Allergies 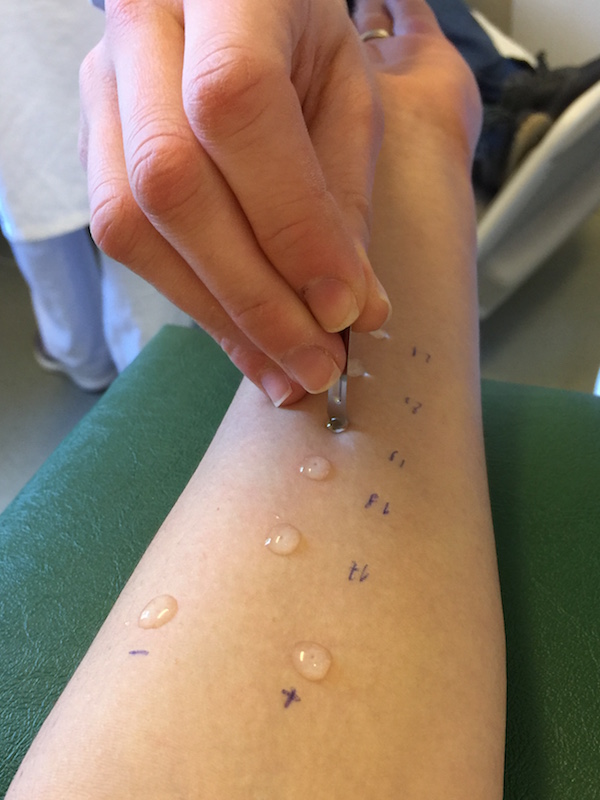 The skin prick test, is also known as my first food allergy memory and the reason it took me so long to get tested again. So needless to say I was pretty nervous about it, but also excited because this would gives some guidance if my body has changed and if an oral challenge was in my future.

My fear of having another reaction was starting to surface in both my unconscious and conscious mind. It didn’t help that in August I had a minor reaction (puffy and tingling lip and tongue) to cross contact with walnuts from my favourite restaurant. Since it was from a place I’ve been to a bunch of times, it took me a while to get back to feeling confident in managing my allergies out of the house. Now knowing that I would be coming into contact with my biggest fear, sesame, all the emotions associated with reactions were once again surfacing.

There were moments where I wanted to cancel it all. Talking about my worries and knowing I would be in a hospital for the prick test helped me not back down.

I won’t go into details about the test itself, because ECARF has covered this side of my adventure and you can read more about it here (English version coming soon). 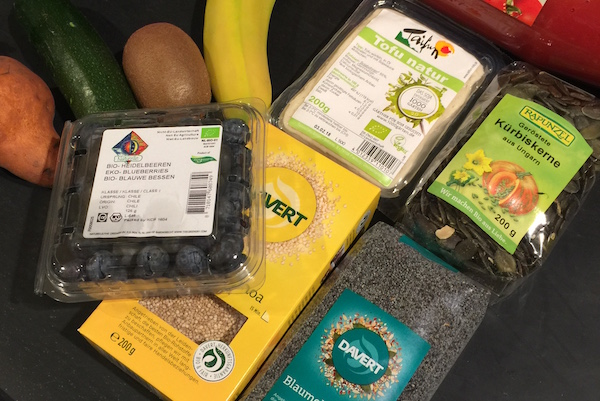 What I will tell you is that I did the standard Allergy Center test of 30 foods, plus six more food items I brought with me. At my original consultation, the doctor gave me the list of foods that I would be tested for and said I could bring anything else I wanted to have done. I brought 19 more foods (wishful thinking), but since I was so reactive after the first set of tests and I was running out of space on my arm, I had to narrow it down to 6.

The skin prick test was performed at the hospital, and I was hooked up to an IV drip in case I did react. Since I have a history of multiple anaphylactic reactions, they took all the necessary steps to keep me safe. Knowing this beforehand also helped calm my nerves. 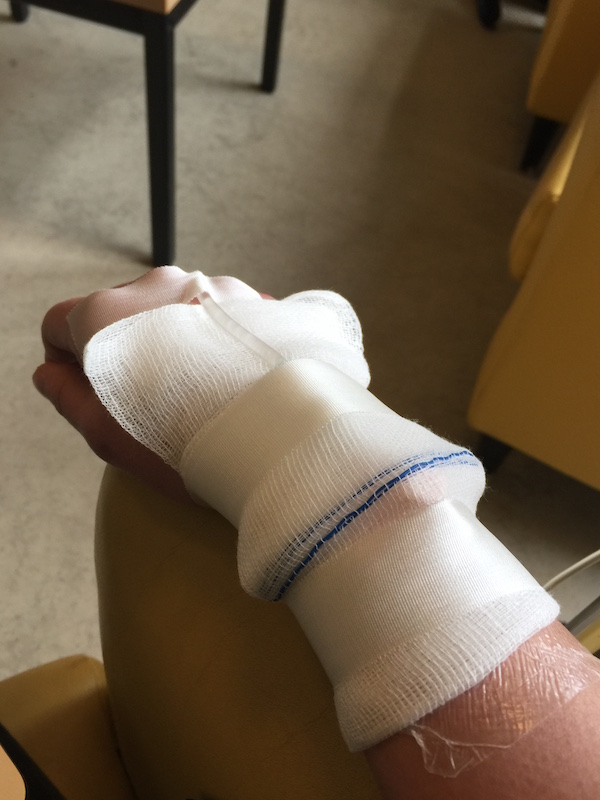 The morning of the test got off to a rocky start because I fainted when they tried to put the IV port in! When I woke from fainting, I thought I had had an anaphylactic reaction and went unconscious. Dang was I relieved to hear it was just because I have thin veins. It took them seven tries and four doctors
to finally get the IV in. Once I was hooked up, I was off for the prick test.

Now for the shocking part of the test! I did not test positive for sesame! WHAT WHAT WHAT! The reason I was having nightmares for a whole weak didn’t even give me a big enough hive to be measured. This almost made me faint a second time… this time out of shock. I also didn’t test positive for peas or lupin.

The doctor decided because of the prick test results they would take blood and check my IgE levels for sesame, peas, lupin, and peanuts (lupin and pea allergies are related to peanuts, which I tested positive for on the skin prick).

At my follow-up consultation, I was told that I would be able to do an oral challenge for peas, sesame, and Lupin. They would see if I could also do almonds, which I would find out at my appointment before the oral challenge. We booked the dates, and this girl was ready to mentally prep for eating sesame seeds! 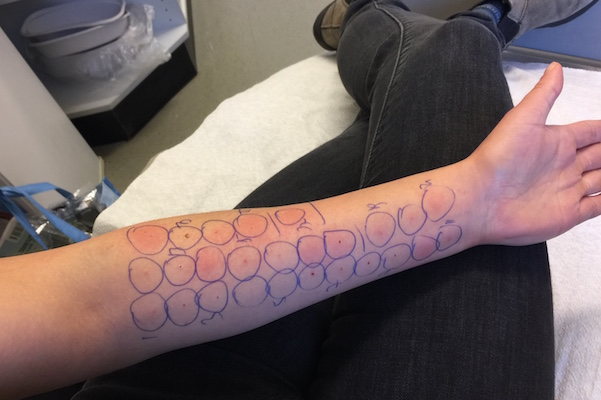 The big thing that happened for me at the skin prick test was finally feeling listened to and believed by the doctors. Since I did come to them with what seemed like a ridiculous list of food allergies, I felt like I may be judged as one of those ‘crazy people’ who think they are allergic to everything (I’ve heard about this from my sister who is a doctor. She told me once that doctors aren’t the nicest about people with ‘wacky’ allergies). I felt confident about my allergy list, but at the same time, I felt insecure around the doctors.

When two of the six foods I brought tested positive on the skin prick, I finally felt like they would take me seriously. I mean green beans and poppy seeds had out-hived sesame, almost measuring the same as peanuts. I’m not crazy, just allergic… seriously.

I didn’t realise how important it was for me to feel validated as an allergic person by the doctors. Since so many people I meet question my allergies, the last people I want to do that are the ones I am hoping will help me. Trust between you and your doctor is so vital, especially if you are hoping to do an oral challenge with them. Deciding to eat an allergen is a big step to take and doing it with people you trust is critical.

Feelings after the test

A skin prick is not the most comfortable thing to go through. However, seeing your body react to something as tiny as a prick makes you feel like all the planning and safety measures you take are not in vain. I left the office more confident in myself as an allergy girl. Plus I was going to be able to an oral challenge, something I would never have dreamed of doing a year ago!

Stay tuned for part three! It’s all about the double blind oral challenge I did. Spoiler: you win some you loose some!

→ Missed part one? No worries, you can read about why it took me 25 years to get allergy testing again. 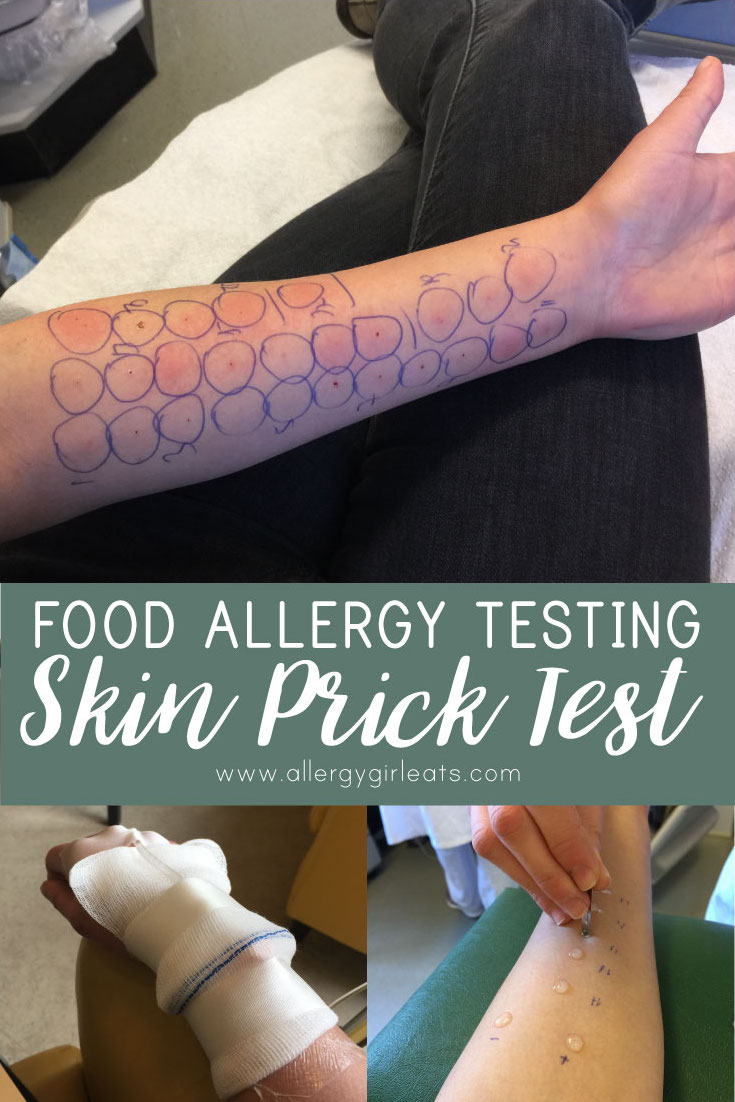